Suicide has grown into a major public health problem. In response, New York State has been aggressively pursuing impactful suicide prevention programming. While both the nation and State have witnessed an increase in the suicide rate over the last two decades, New York’s rate has stayed about the same since 2012.

The Centers for Disease Control lists New York as having the lowest suicide rate in the nation. But even one death by suicide is too many.

More work must be done.

What Is New York State Doing to Prevent Suicide?

The mission of OMH’s Suicide Prevention Office (SPO) is to promote, coordinate, and strategically advance suicide prevention… with the aim of reducing suicide attempts and deaths among New Yorkers.

To advance this mission, SPO has established and funds the Suicide Prevention Center of New York (SPC-NY) to implement suicide prevention research and activities. 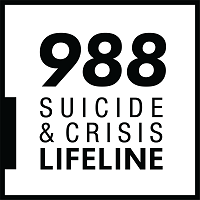 988 Suicide & Crisis Lifeline: Call or text 988 or visit the website to chat

Comments or questions about the information on this page can be directed to Suicide Prevention.